India is the biggest secular country in the World, in India every religion is revered equally and so with the citizens. Buddhism is the fourth largest religion in the World, with having followers something about 7% of global population. India is very fortunate country because the origin of this revered religion lies in between it. Buddhist Circuit Tour is major attractions of these tourist places to visit in India.
From all over the World, its followers known as Buddhists came to pay homage to each place from where the Gautama Buddha manifested in divine form. We at Raj Travels (India) provide the Buddhist Heritage Tour for them that is Buddhist Circuit Tour. On this tour, we take tourists to every place from where the Buddha belong.

Upon your arrival on Delhi's airport, our one of the professional tour representatives will greet you and will take you to the pre-booked hotel. Later on, you can have a street walk alongside the beautiful stalls. Halt the night in the hotel

Being the capital city of India, Delhi has lots of things to visit Red Fort, India Gate, Lotus Temple, and QutubMinar are the main attractions of this city. It has all the things which a capital city must have to. It has delicious food to serve, beautiful culture and awesome tradition. It is the gateway to India's heart.

Day 3 – Delhi to Varanasi via Agra:

Wake up early in the morning, leave the hotel and head towards Agra. In Agra, there are many beautiful attractions and one is well-famous, TajMahal. Agra is one of the cities which has higher number of UNESCO World Heritage sites. After exploring very famous places of Agra, our representative will help you in boarding the train to Varanasi.

Upon your arrival in Varanasi, you will be taken to hotel for some rest. After overcoming from the tiredness, you will get a drive towards Sarnath, a place which holds a high value in Buddhism. There are many attractions in the town like Ashoka Pillar, Choukhandi Stupa, the MulagandyaKutiVihar, and Dhamekh Stupa. Getting thousands of memories of this place, will be the right way of having this tour. Later you will be taken to Varanasi's famous ghat for Aarti of River Ganga. Halt the night in the hotel.

Early morning leave he hotel, attend the morning ritual ceremony to River Ganga and find Moksh. Try some appetizing breakfast of Varanasi and get back to the hotel. Later you will have a drive to Bodhgaya, the place where the Gautama Buddha attained enlightenment. There is a tree named Bodhi, it is considered as the most important site for the Buddhists. Halt the night in the hotel and get a sweet sleep.

This will be the most amazing day of this tour, because you will spend it in exploring the life of Gautama Buddha. At first you will be taken to Mahabodhi Temple which is purely dedicated to Buddha. Ther are many more temples located in the vicinity. The local market of this town is perfect for a shopping, get indulge in the market and take back the memory of it. Get back to hotel and halt the night over there.

Day 7 – Bodhgaya to Patna via Rajgir and Nalanda:

Check out from your hotel and have a drive towards Rajgir, a place where the Buddha delivered lessons after getting enlightenment. The area is full of many places which belongs to Buddha and the next is Nalanda. This is the town which is having a great appearance in the pages for the Buddhism. Continue your drive towards Patna and halt the night in the hotel.

Wake up early in the morning and explore some place of Patna which has a strong connection with Buddhism. You will be taken to Vaishali, it is a place where Buddha delivered his last sermon. Next stop is Kushinagar, a place chosen by Buddha for his Maharari Nirvana.
The town has many places related to Buddha such as Mathakaur Shrine, Rambhar Stupa, Mahapari Nirvana Temple and Kushinagar Museum. Later, drive to reach Lumbini, the birth place of Gautam Buddha. The town is located in Nepa. Due to being the birthplace of Buddha, it has immense religious value for Buddhism followers. Some places worth visiting are Maya Devi Temple, the Japan Peace Stupa and Chinese Temple. Later drive to reach Sravasti and check into your hotel for overnight stay.

Sravasti is a place where the Buddha delivered a large part of his sermons to his followers. It is having various beautiful places to visit and after exploring the places of this town head towards the Lucknow.

This will be the last day of this Buddhist Circuit Tour, spend some of your time in Lucknow for trying out the best things of this city. Later reach the airport, catch the flight towards Delhi. 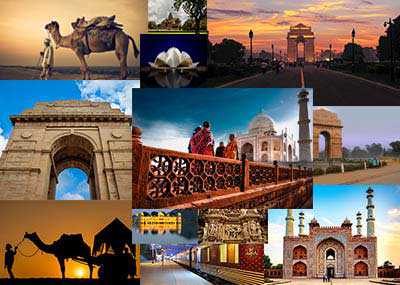 "Let us take you on a journey of exploration to experience some of the best Tour Packages."

Allow our travel expert to work out itineraries made specific to your requirements and desires. 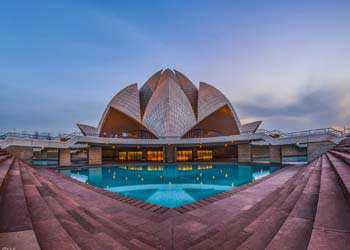 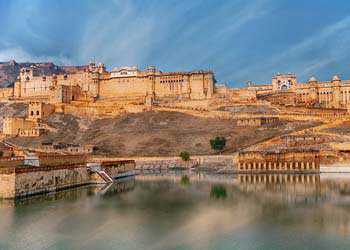 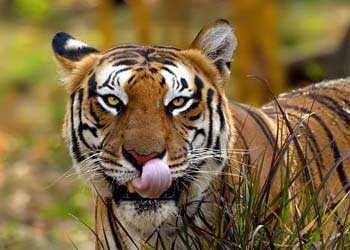